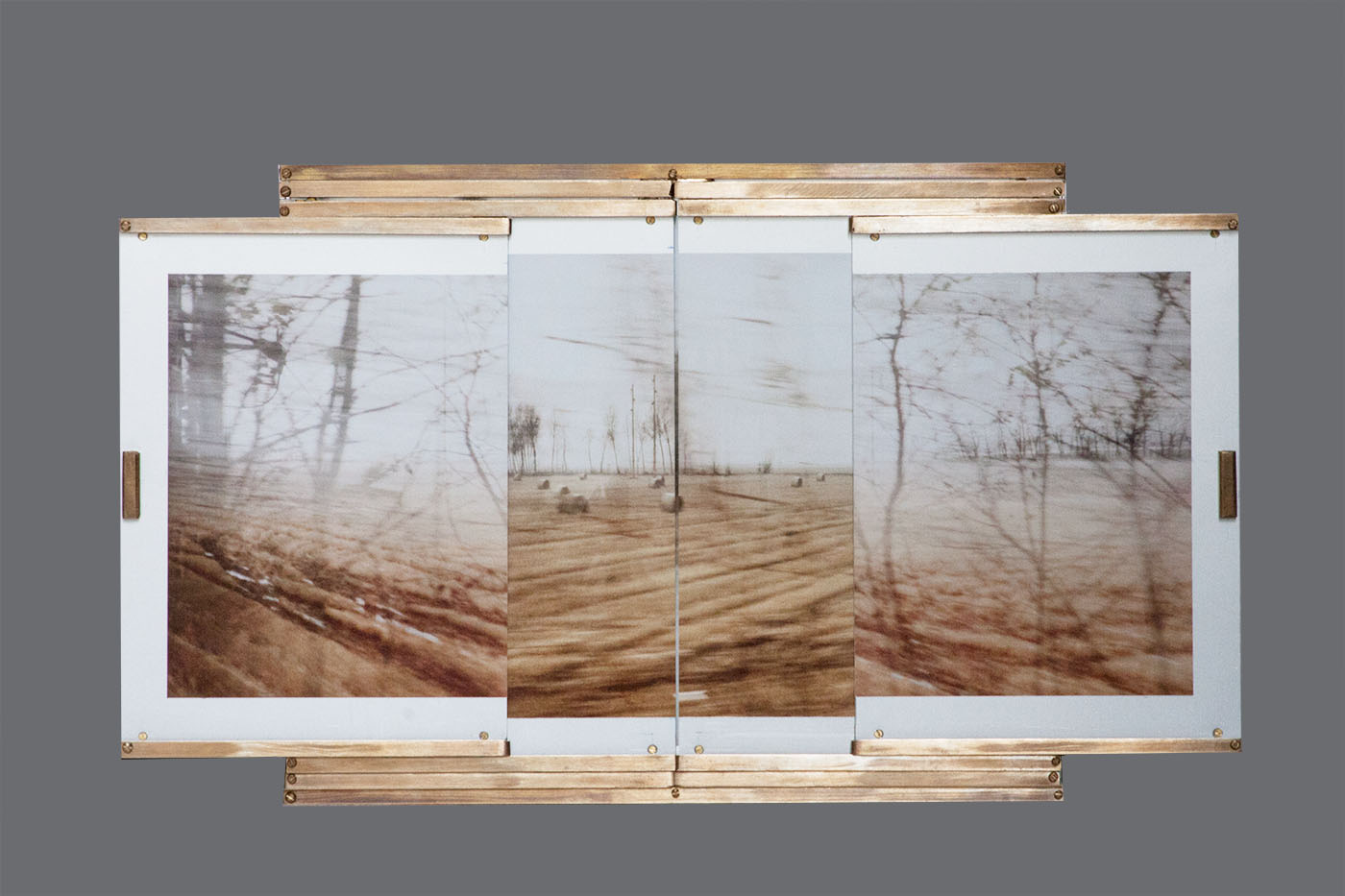 }
Far from the Californian experience of long car trips to which I had grown accustomed, I rediscovered the joys and constraints of European public transportation. It was during one of my many trips from Genoa to Milan and Genoa to Turin that this project was born.
I had taken some photographs and very quickly realized that my pictures were out of sync with the landscape going by the train window. In my memory I had retained a combination of many fragments of images, a phenomenon Benjamin Gastineau called "synthetic glance" and Aldous Huxley defined as "global vision".
To indicate how fast things were moving I had to call upon the blur of the moving object, as well as typical visual accidents: reflections in the windows, interference from trees, etc. Also, the slow exposure added an unforeseen element to the project, an interplay in which "chance" often determines the image's framing. After much back-and-forth, a photographic sequence took form where the landscapes' details disappeared into a blur and form dissolved into color. All that remained was to simulate the train's movement as well as the fragmentation of the images. The final form of this enterprise is a book of 4 photographs divided in half, with each half mounted on sliding aluminum panels, which, once opened, make a metal “click” as if the images where sliding on a rail.
In retrospect, what remains of a train trip? "Fugitive impressions" wrote J. Jongkind or "visual states", according to Degas. "
"Travels (by Train)" is an attempt to answer this question by suggesting an original and ever-shifting visual approach.
Edition of 4 and 1 AP Book, 2014: closed: 13.75 “ x 11.75” - 35 cm x 30 cm, open: 50.5” x 11.75” – 127.5 cm x 30 cm 4 archival digital prints mounted on aluminum, aluminum and brass. A silk box with four openings and a brass closure with the title engraved. 14.5” x 12.75” - 37cm x 32 cm. Signed and numbered on the colophon inside the left door of the box.
Prototype: Gianni e Giuseppe Secchi, Bernard Guercio, Luigi Alessandrini Metal work: Luigi Alessandrini Box: Floro Caccia Font (modified): Rui AbreuThank you to Laurence Chellali, Bernard Guercio e Daniele Piomelli Only one book left. Price: $2,500. Check our Purchase Gallery 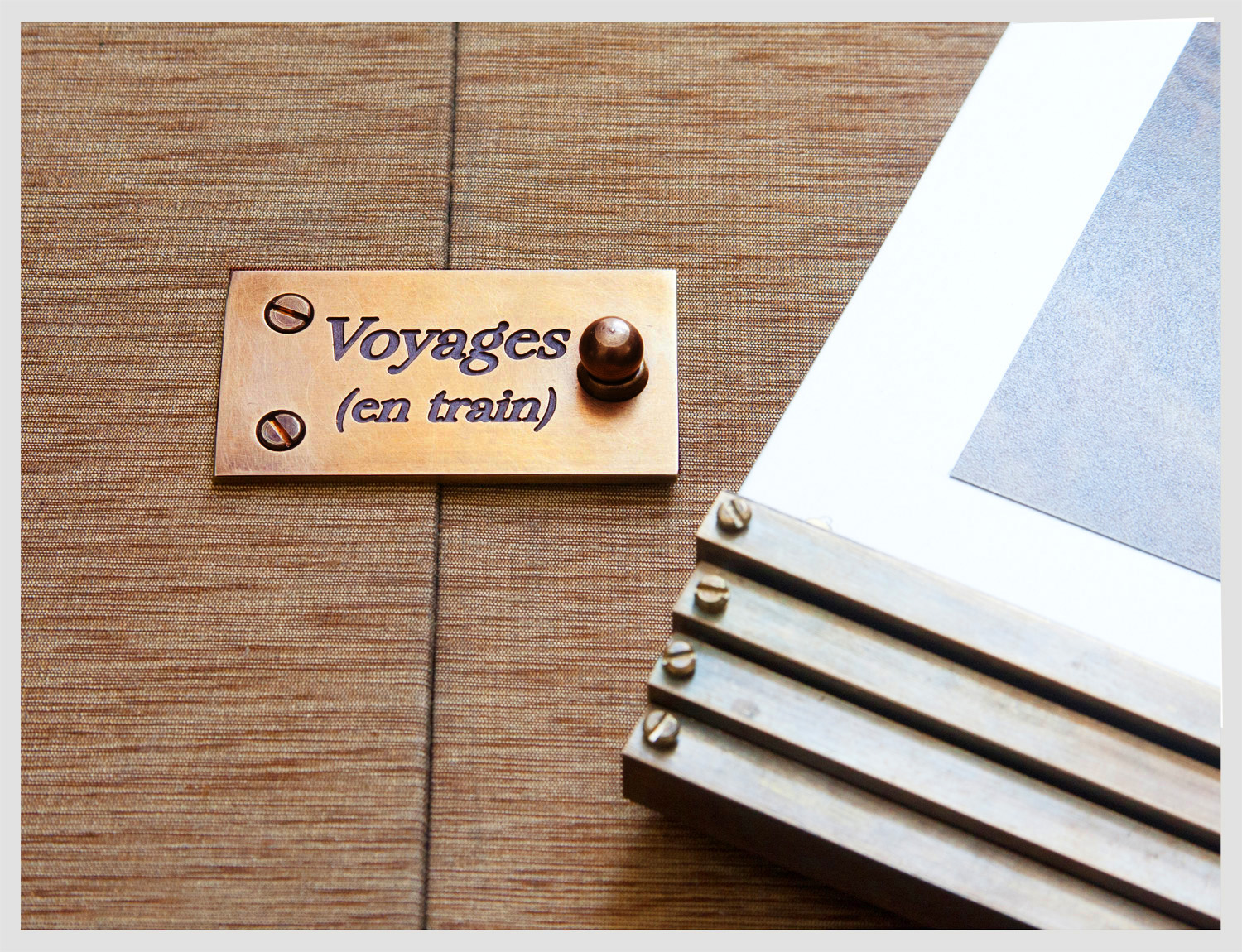 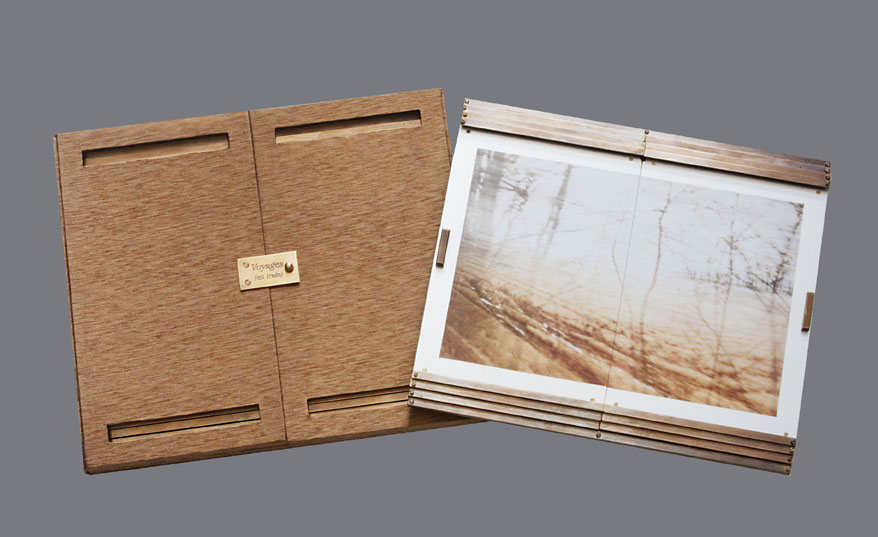 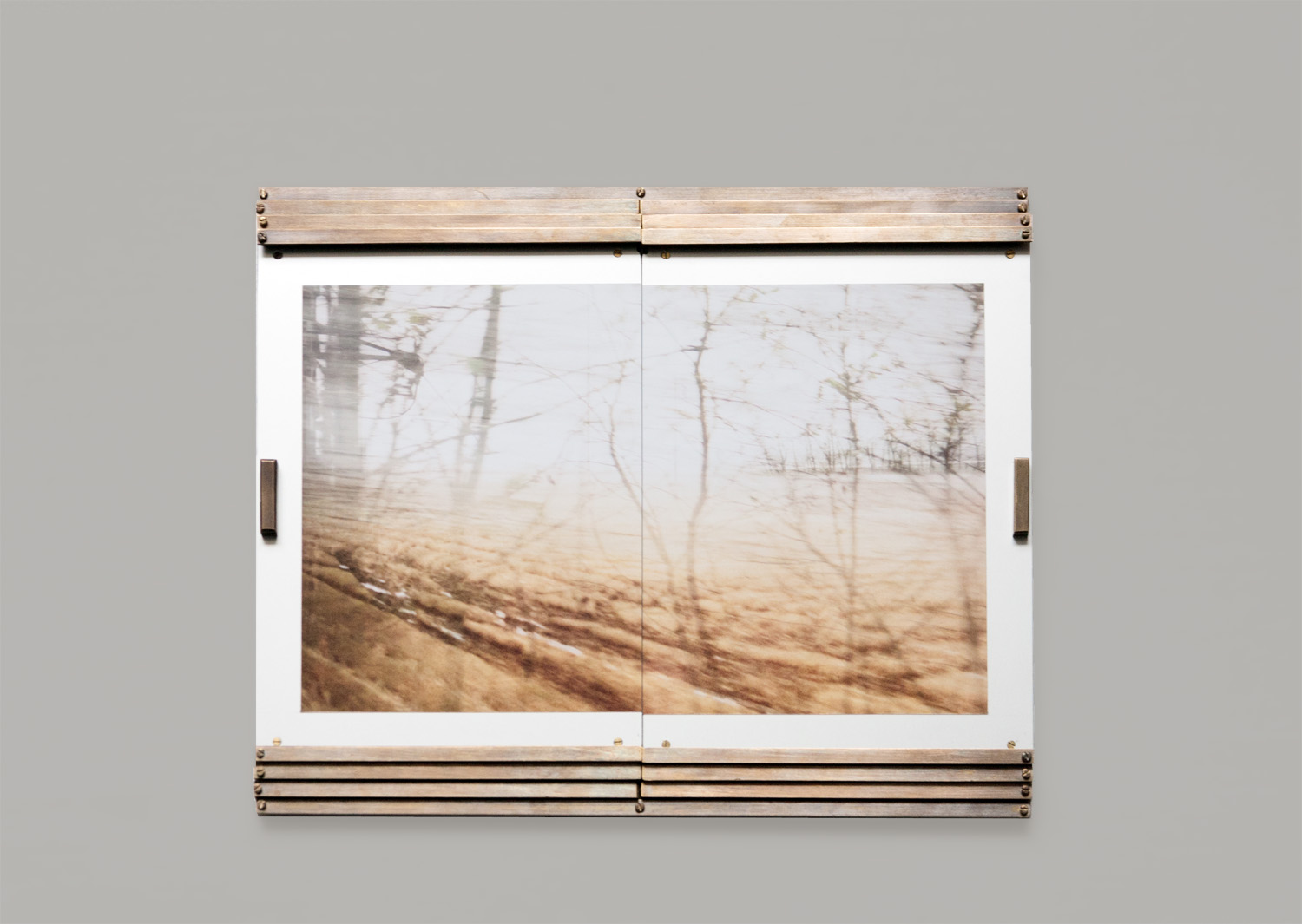 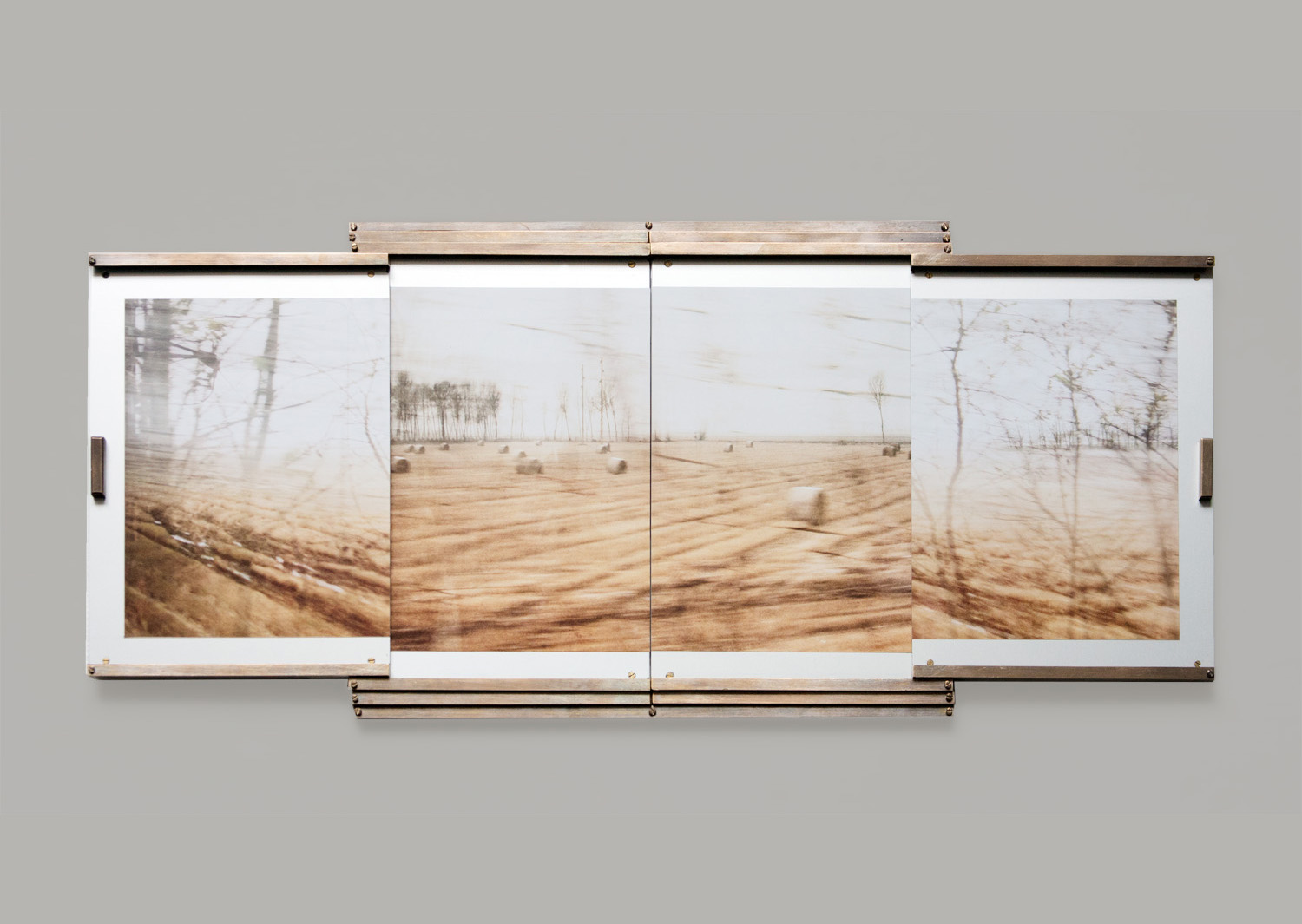 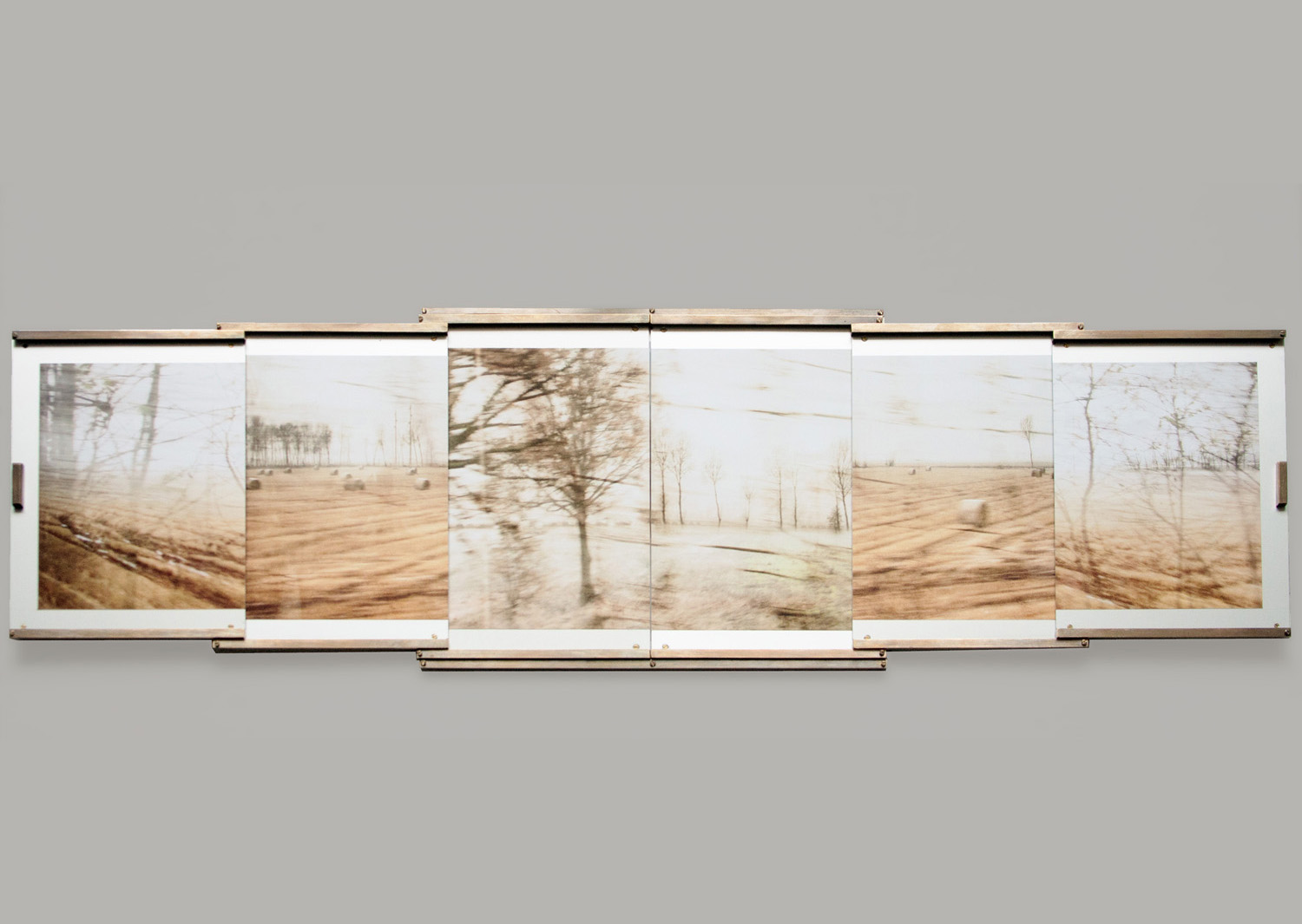 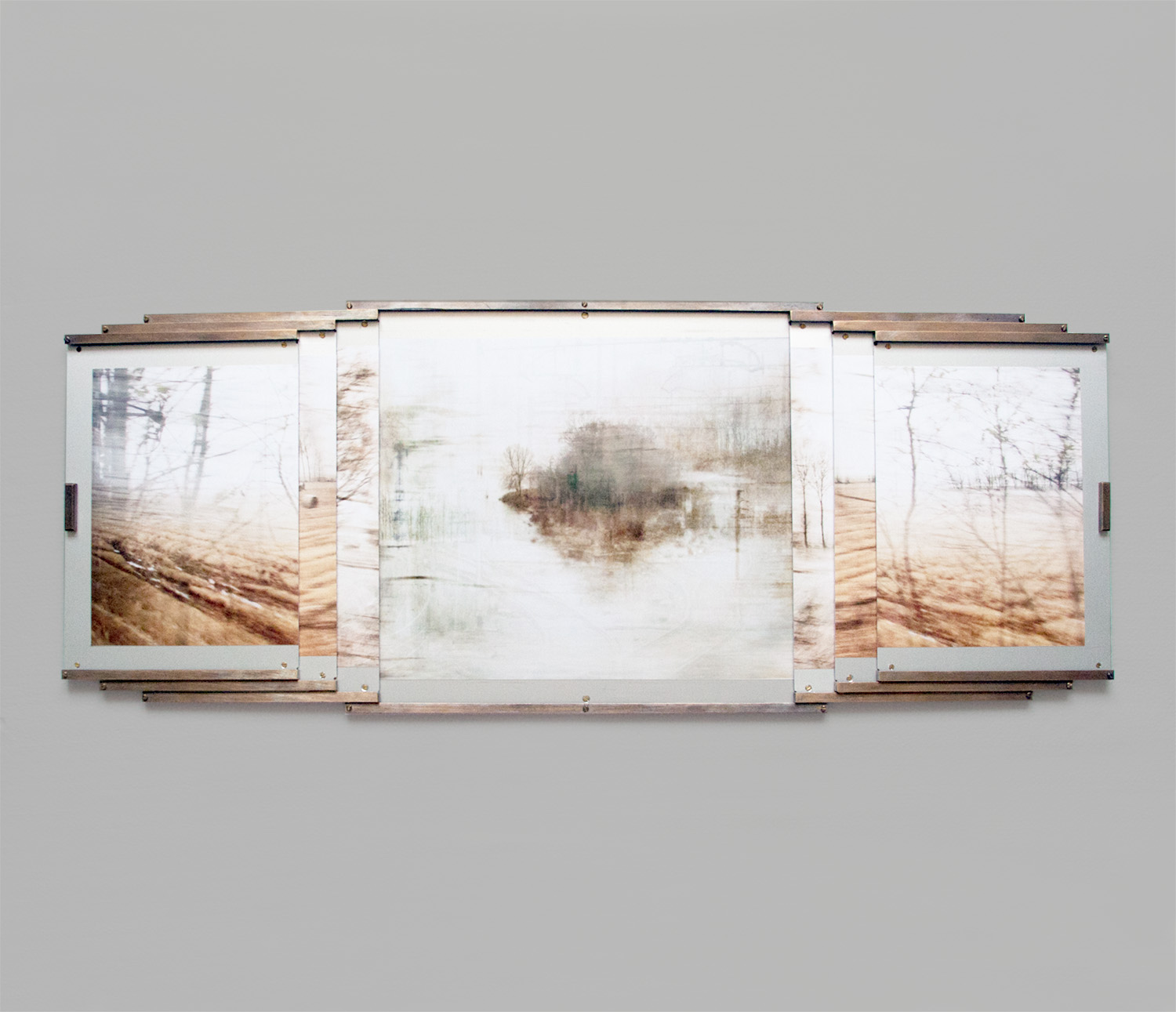 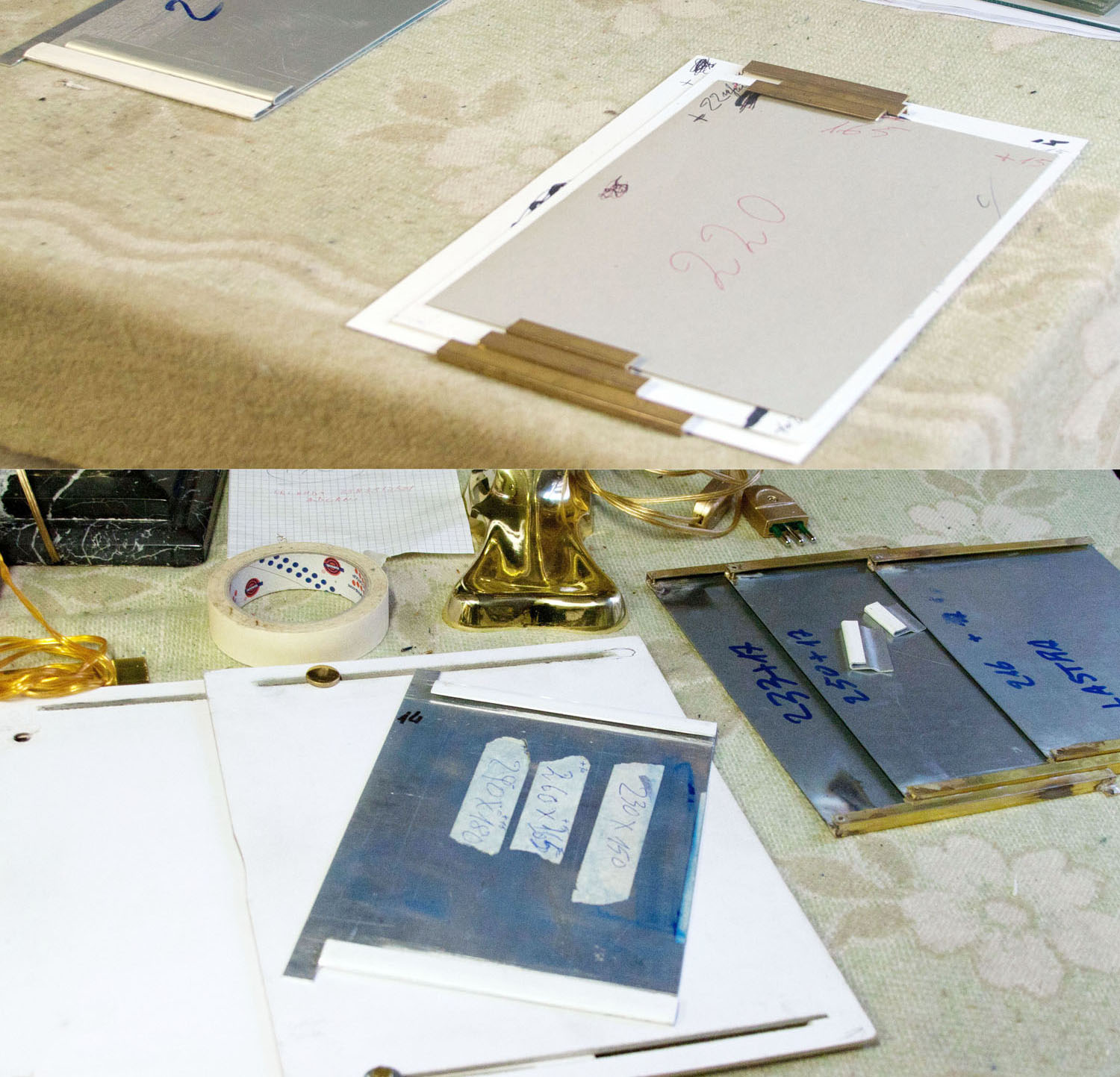 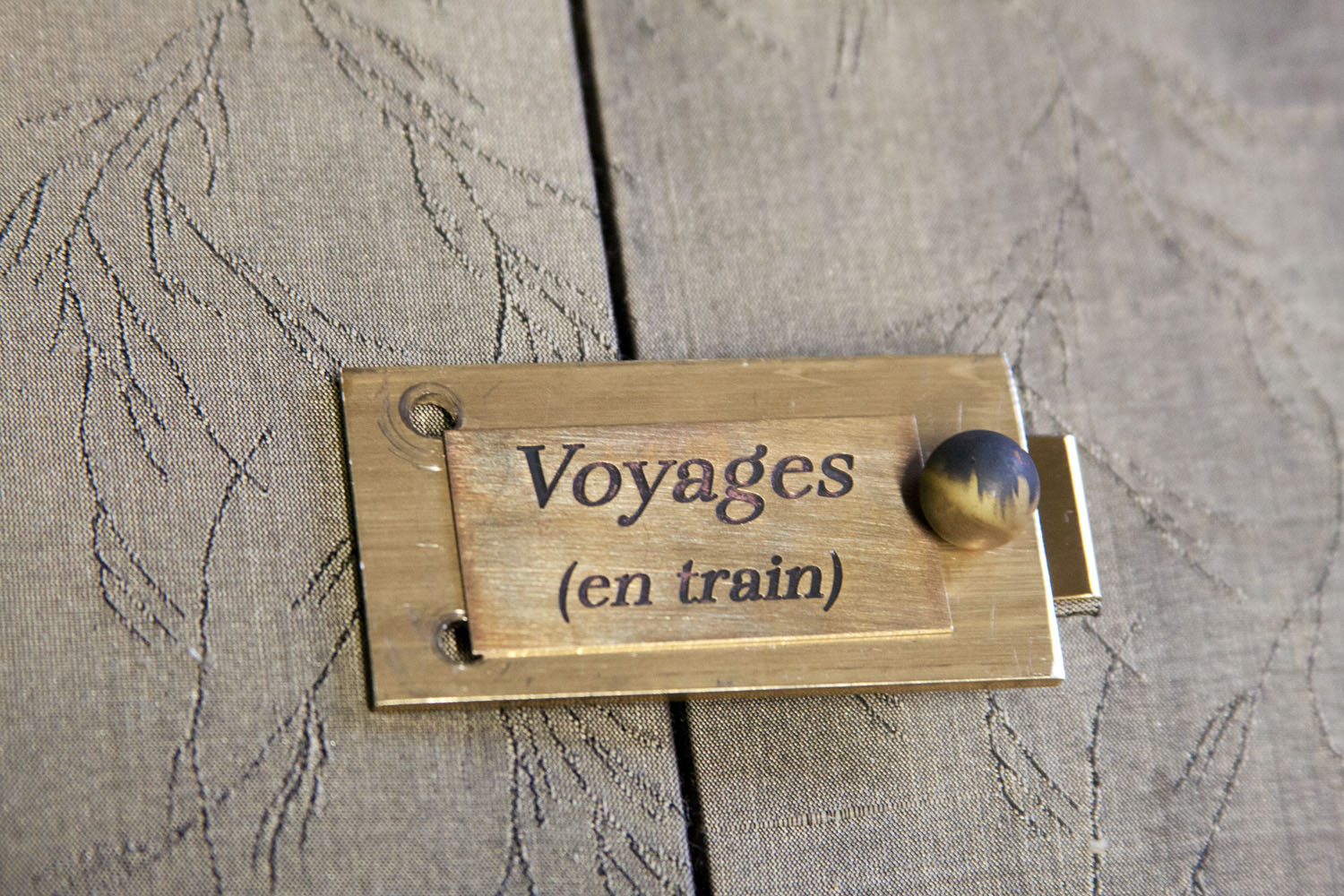 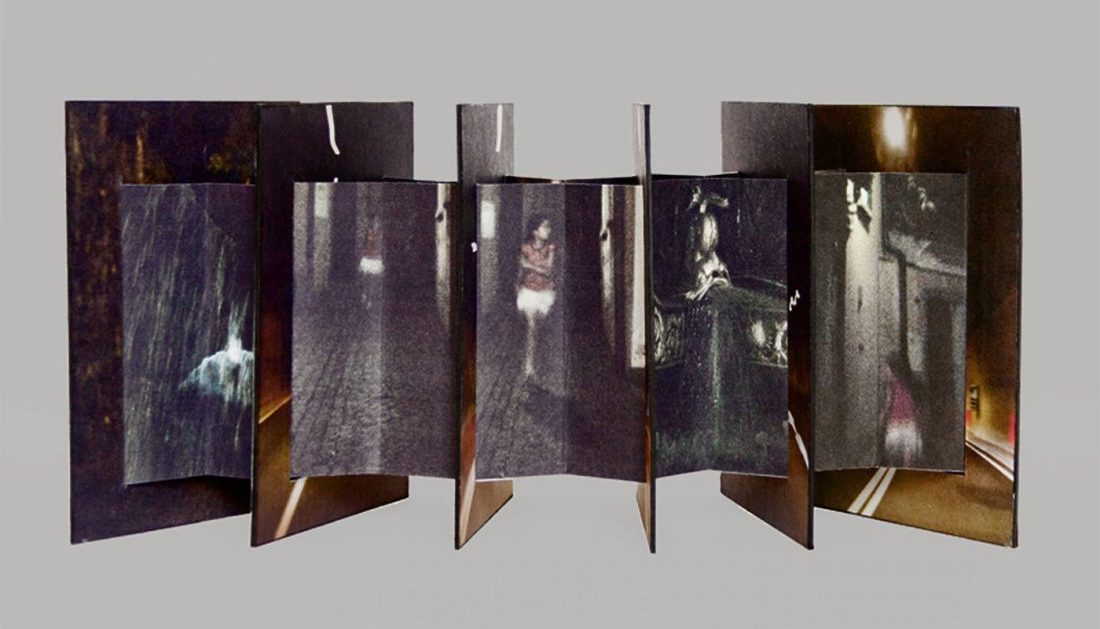